US defiance of the world on full display

By going against the call for strengthening multilateralism given by global leaders at the ongoing 75th session of the United Nations General Assembly, the US president has demonstrated not only his obsession with unilateralism but also his contempt for the world body.

On Sunday, Washington moved to re-impose a range of sanctions on Iran in the name of the UN, claiming it had the authority to do so as an original signatory to the Joint Comprehensive Plan of Action (or Iran nuclear deal). In fact, the US president signed an executive order on Monday to "punish" those involved in arms deals with Iran, and Secretary of State Mike Pompeo threatened to "go after" countries that do not toe the US line.

The US has made the audacious move despite pulling out of the Iran nuclear deal in 2018 and most of the 15 UN Security Council members agreeing that Washington has no right to act against Teheran after exiting the deal.

France, Germany and the United Kingdom issued a joint statement on Sunday, saying the US' move is illegal, and they have written to the UN Security Council challenging the US' right to unilaterally re-impose sanctions on Iran in the name of the UN.

And UN Secretary General Antonio Guterres said that given the legal uncertainty surrounding the US claim, it was not possible for the UN to re-impose sanctions on Iran.

That the US has chosen to challenge the UN and the global community and go it alone by abusing its economic and financial power is nothing new. But by doing so, it has further exposed its bid to hijack the global community. In spite of being a permanent member of the UN Security Council, the US has become a destructive force for multilateralism, international law and norms, and global organizations.

Besides the Iran nuclear deal, the US has quit the landmark Paris Agreement, the World Health Organization, UN Human Rights Council, and the UN Educational, Scientific and Cultural Organization, to name just a few.

It is therefore imperative that the international community stand in solidarity with the UN against the US' coercive and bullying tactics.

While 180 UN member states have endorsed Guterres' call for a global ceasefire during the pandemic, the US is among the few countries that refuses to support it. And in his address to the UN General Assembly on Tuesday, the US president attacked China and the WHO, blaming them for the spread of the novel coronavirus, using lies and talking of "America first", not multilateralism.

He shamelessly tried to justify the US pulling out of multiple international organizations and treaties, and the assassination of Iranian general Qassem Soleimani on Jan 3, which UN special rapporteur Agnes Callamard condemned saying it was a gross violation of international law and set a bad precedent.

No wonder US author and journalist Fred Kaplan described the US president's speech as "seven minutes of nonsense" in his article on Slate.com on Tuesday.

Most people in the world are clear-eyed. As the US leader plays blame games and claims "great success" in COVID-19 prevention and control, according to a Pew Center survey released on Sept 15, only 15 percent of the respondents said the US has done a good job in pandemic response, while 34 percent had a favorable view of the US and 16 percent had confidence in the US president.

The fact that the survey was conducted in 13 US ally countries, mostly in Europe, is quite telling.

Many world leaders have voiced concerns about a new Cold War and a global split caused by the rivalry between the US and China. But China has consistently and firmly opposed any new Cold War, or trade war, or tech war.

It's politicians in Washington who are obsessed with such hostilities that threaten peace and stability in the world, not China.

The author is chief of China Daily EU Bureau based in Brussels.
chenweihua@chinadaily.com.cn 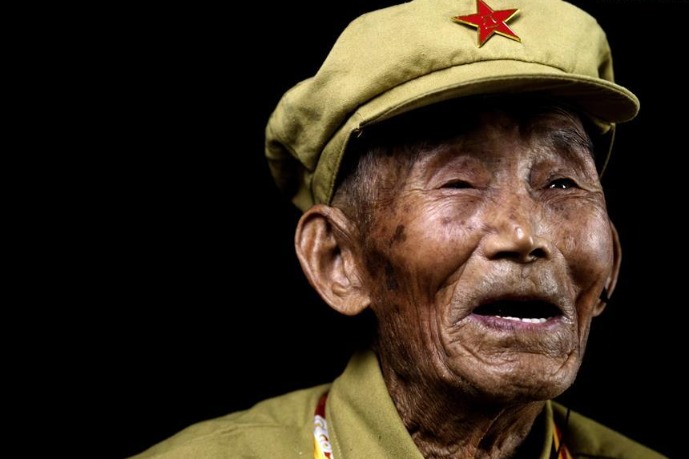 Should PE grades be required for college admission?

Dan Steinbock
Top
BACK TO THE TOP
English
中文